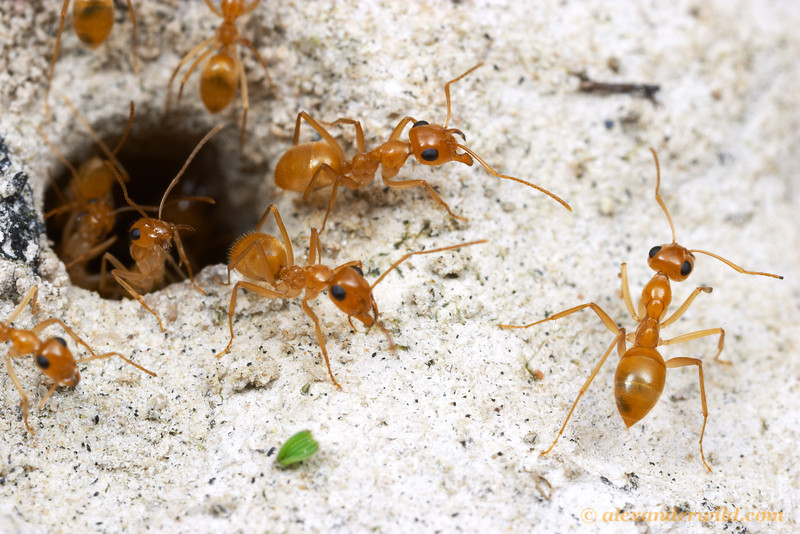 There are many dangerous different species of ants that are found around us. They build their colonies in gardens, lawns, and houses. They mostly build their nests in outside places, under the rocks, root of trees, but they may get inside your house looking for foods and waters. If they found a place where they can get easily foods, they just build their nests near it.

Ants inside your home can be dangerous to you and your family members. Ants can damage your house’s properties and structures. So you must try to get rid of ants.

In the United States, several kinds of ants can be found, but you have to identify them before killing them. You fall into an ant infestation, and ants bites may get you to suffer some serious problem. But it depends on states you living in the United States. Below I’ve mentioned some common ants that are found inside the house. Fire ants are one of the worst kinds of ants that can be found both inside and outside the house. Usually, the fire ants found outdoors, they build ant hills but they can reside inside your home and come up to the floors. The Fire ants found all around in the United States, mostly in the southern areas. They are very dangerous ants, their bites can be very painful and feel like a burn. The fire ants bite only to get a grip then they sting and inject a toxic called alkaloid venom. Their bites can cause peoples to an allergic reaction. So, you must get rid of fire ants. Sugar ants are obnoxious ants and most common household invaders that are residing in your house. These sugar ants can smell sugars and foods proteins. Sugar ants are mostly found inside your kitchen searching for foods and water. In the rainy season, they invade your house for a new nest. Furthermore, these sugars ants harmful because they can carry dangerous bacteria. It could infect your foods. Honeydew is the main food of sugar ants. This is the most common species of ants that mainly found in your kitchen.

Learn How to Eliminate Sugar Ants inside the house